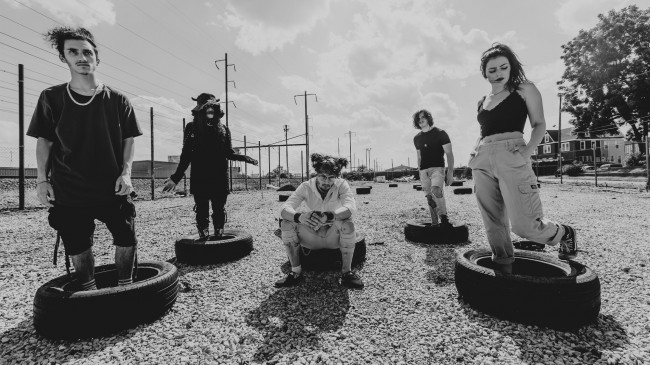 It will be released on Friday, Sept. 9 via Earache Records and, much like their 2020 debut album “Matriphagy,” will revolve around around an elaborate and horrific story dreamt up by the quintet that will unfold over the coming months in the build up to release.

To further push the world-building boundaries they are known for, Tallah has also released a desktop video game that fans can play to uncover aspects of the dark “Generation of Danger” universe, including the first new single “Telescope” and its accompanying music video that was also released on March 9.

“‘The Generation of Danger’ is a completely new and fresh concept for us, both lyrically and instrumentally. We wanted to take what made ‘Matriphagy’ so good and jack it up to 150 percent. The tracks are monstrous, daunting, and the story the music tells dives into the idea of people hiding what they truly desire until someone else comes along and forces it to surface,” frontman Justin Bonitz said.

“It’s a concept album about a genius scientist who gets fed up with being swept under the rug. After the multi-billion-dollar corporation that employs him takes credit for his latest, award-winning invention, he snaps and retaliates against them by forcing them to take part in the greatest experiment the world of science has ever seen.”

“‘Telescope’ is one of fastest and most chaotic songs on ‘The Generation of Danger.’ It was the first song I started working on for the record and it went through hundreds of changes. It’s one of my top picks from the album, with the song having two different choruses – one being a melodic one and one with a more rap type of vibe. The song has a lot to offer,” drummer Max Portnoy added.

“The ‘TGOD’ game was something I’ve been wanting to do since we started thinking of unique ways to present this album. It was an idea I hadn’t seen anyone do before and it’s the perfect way of setting up the album’s concept while offering loads of Easter eggs and teasers. You’re essentially placed directly into the story, and I feel it’s the most immersive thing we’ve ever done. I’m super proud of how it turned out.”

As with “Matriphagy,” “The Generation of Danger” offers listeners more than just an album of pioneering nu-core metal. While it will most certainly be lauded for Bonitz’s acclaimed aptitude for embodying numerous characters and emotions in his outstanding vocal shape-shifting and ability to meld the ever-blossoming ingenuity of Tallah’s intrepid musicians, this record will reward those who delve deeper into the songs and their supplementary content. It was recorded once more with producer Josh Schroeder at Random Awesome Studios in Michigan and continues to build the fascinatingly dark metal beast Tallah has created and set loose.

In celebration of the upcoming album, they will be greeting fans old and new with a vast schedule of touring activity in 2022, starting with a mammoth 52-date trek across the United States on All That Remains’ “The Fall of Ideals” 15th Anniversary Tour with Miss May I, and Varials over March, April, and May. Scranton guitarist Mark Naples of local alternative rock band University Drive will be part of Tallah’s touring lineup during this run. Pennsylvania dates include Friday, May 13 at Jergel’s Rhythm Grille (103 Slade Lane, Warrendale); Saturday, May 14 at Harrisburg Midtown Arts Center (1110 N. 3rd St., Harrisburg); and Tuesday, May 17 at One Centre Square (1 Centre Square, Easton). The band will also be hopping across the pond to Europe again for the Bloodstock Open Air and Brutal Assault festivals in August.

Emerging from Pennsylvania in 2018 and combining the percussive force of second-generation drummer Max Portnoy (son of ex-Dream Theater and Sons of Apollo drummer Mike Portnoy) with the pure fury of vocalist and YouTube sensation Justin Bonitz, Tallah is on a mission to revamp and modernize the much-loved sound of popular nu metal sensations of the early 2000s.

Drawing inspiration from the musical influences of their youth like Slipknot, Korn, and Linkin Park, the group fuses the razor-sharp precision of these acts with the raw edges of modern hardcore music displayed by current bands Code Orange, Vein, Candy, and Fire from the Gods to create what they’ve dubbed “nu-core.”

Having followed Bonitz’s popular YouTube channel for some time – which boasts “How to Scream (10 Different Techniques),” perhaps the most popular scream tutorial on the platform at over three million views – Portnoy approached him to join a new project with guitarist Derrick Schneider and bassist Andrew Cooper, both of whom Portnoy had formed previous relationships with on the Philadelphia music scene.

Tallah unleashed “No One Should Read This” on the world in 2018. Critics praised their first EP, and Portnoy received the 2019 Modern Drummer Award for Best Up and Coming Drummer. The band subsequently signed with Earache Records and released their full-length debut, “Matriphagy,” in October of 2020. The harrowing concept album of brutally disturbing metal expanded upon the concept outlined in the EP, armed with a disturbingly graphic tale that is to be taken both literally and metaphorically. Set to a pleasurably harrowing backdrop of brutally heavy musicianship, it is an unapologetic love letter to chaos with a sickening twist of the macabre.

“Matriphagy” was met with critical acclaim, with Slipknot’s Knotfest crowning it “one of the best metal releases of the year” and Metal Hammer declaring Tallah is “leading the charge on the new wave of nu metal.” The album was also devoured by fans, with the album racking up nine million Spotify streams since it premiered.

To celebrate its release, Tallah performed the album in full live from Willow Glen State Penitentiary, also known as the “Prison of the Dead” at Shocktoberfest, a haunted horror attraction in Sinking Spring near Reading. Premiering on Knotfest.com, this show solidified Tallah’s reputation as one of the most exciting new bands in metal and was broadcast by the notorious hate5six, known for his work in the hardcore scene and helping break bands like Code Orange. Additionally, it served as an introduction for two new band members, Alex Snowden (guitar) and Mewzen (DJ).

2021 saw Tallah indulge fans with a colossal collaboration called “Vanilla Paste” where they were joined by Tom Barber (Chelsea Grin), AJ Channer (Fire From The Gods), and Garett Hood (Guerrilla Warfare). For over six minutes, this opus weaves an intricate and gritty journey, simultaneously paying homage to the band’s nu metal influences while cementing the fact that there is not a band on the planet that sounds as fresh and uniquely unhinged as Tallah; it is accompanied by an appropriately sinister music video.

“The song is basically about having bullshit forced down your throat, whether it is lies from the media, unimportant drama, abuse from a significant other, etc. ‘Vanilla Paste’ represents something you are digesting which has no nutritional value or substance. It is just… flavored paste. It tastes sweet and stimulates your senses, but it is not actually doing anything for you. You cannot survive off of nothing, and that is what that crap is… nothing. In this song, we have people who have been fed this ‘nothing’ their whole lives, and they are tired of it. They are ready to make a change,” Bonitz explained.

Soon after, they teamed up with Avatar for their 33-date North American tour in September and October, appeared on major U.S. festivals like Blue Ridge Rock Fest and Welcome to Rockville, and received nominations for Best International Breakthrough Band at the U.K.’s Heavy Music Awards and Best Live (Streamed) Act at the AIM Independent Music Awards.

Since its release, the band has clocked up 13.9 million streams and 5.7 million YouTube views on “Matriphagy.” They have over 118,498 monthly Spotify listeners and have had tracks added to 25 Spotify editorial playlists. Tallah’s cruelly ferocious new album will only serve to extend their fascinatingly dark nu-core further into the metal community.

See NEPA Scene’s photos performing at Darkenheavy Campfest at Mountain Sky in Jermyn in 2019 here and watch a clip from the set here. 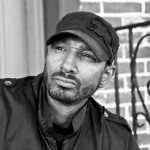 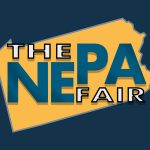