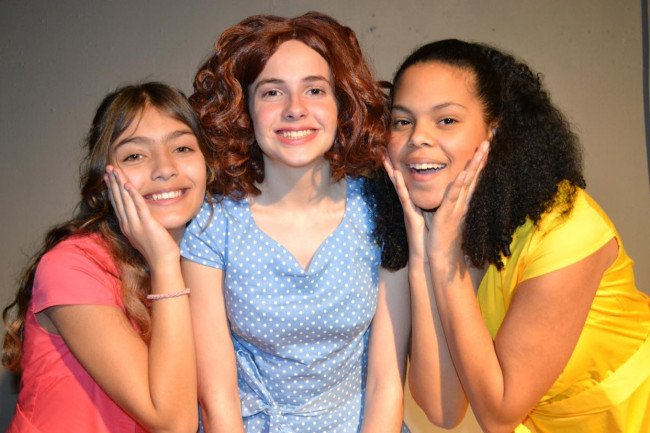 Act Out Theatre Group will present the musical “Big Fish: School Edition” on Friday, April 22 through Sunday, April 24 in Dunmore.

“Big Fish: School Edition” follows the life of traveling salesman Edward Bloom, played by Benjamin Gruden of Plains Township. Audience members will be transported back in time to witness some of the fairy tales that formed Edward’s life, all while watching him and his family deal with his pending death.

“This is a heavy show, but there are also moments that are magical,” said director Dan Pittman. “Where else can you see a mermaid, witch, giant, and werewolf all in one production?”

Sophia Tomasino of Shavertown plays Jenny Hill, a one-time love interest of Edward, as well as one of the Alabama lambs that are featured in the show.

“Edward had such a big life in front of him and was always leaving, making Jenny very disappointed every time,” she explained. “Though she may not appear [in the show] much, she is important. When [Edward’s son] Will comes to visit her, she gives him insight on what his father’s high school years entailed.

“This gives a great look into his past.”

Tate Elliott of Bear Creek Township plays Will Bloom. Will wants to learn the truth about his father’s past, but Edward prefers to tell stories instead, or so it seems.

It is not until the end of the production that the audience learns the truth behind the stories.

“If you’ve never heard of ‘Big Fish,’ I recommend taking a chance on this production,” said Kalen Churcher, musical director and costumer for the show. “The music is absolutely beautiful, and the performers have worked hard to capture some gorgeous harmonies.”

Tomasino agreed, adding that the music has been the most challenging aspect of the production.

“For me, the notes that I have to hit are a huge step [higher] than my last show,” said Tomasino, who played the scarecrow in Act Out Theatre Group’s production of “The Wizard of Oz.” “If you asked me if I could hit those notes last month, I would have immediately said no.

“Though it was challenging, it was honestly a huge excitement. Seeing that I could hit those notes made me so proud.”

Act Out Theatre Group is primarily a children’s-based workshop theater that also produces several adult-cast productions annually and offers a variety of classes in its arts and education center. The theater is now registering for two summer camps and its free summer workshop. Email Act Out directly at actouttheatre1@gmail.com to register. 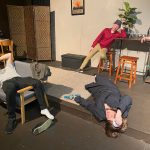 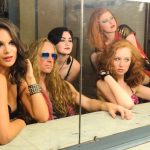