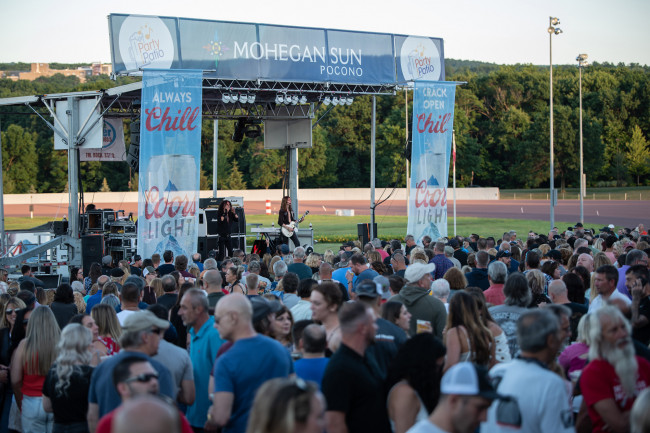 Today, Mohegan Sun Pocono in Wilkes-Barre announced the 2022 dates and tribute band lineup for its popular Party on the Patio shows.

Taking place every Thursday on The Downs racetrack apron from June 2 through Sept. 1, guests can enjoy Northeastern Pennsylvania’s most popular outdoor concert series full of live entertainment, a variety of food truck options, and drink specials. As always, there is no cover charge.

In addition to some of the best tribute bands in the country, Dean Ford & The Beautiful Ones is making their Party on the Patio debut on June 9 with Prince’s greatest hits. Three weeks later, Who’s Bad is set to bring the best of Michael Jackson to the outside stage for the first time since 2011.

Watch Mohegan Sun Pocono’s social media pages ahead of the Rubix Kube show on July 14 for more information on the ’80s costume contest corresponding with a night of the greatest hits of the decade. The following week, NEPA natives Philadelphia Freedom will headline with a tribute performance to Elton John on July 21.

The best local food trucks, including 2Wayz One Passion and Ray’s Porketta, will be featured throughout the duration of Party on the Patio. Coors Light, Blue Moon, and a variety of seltzers, spirits, and mixed drinks will also be offered.

Hosted by Scranton classic rock radio station The River 105, the Party on the Patio lineup is subject to change. Doors for each event open at 6:30 p.m., and the music begins at 7:30 p.m. All attendees must be 21 and over, and valid identification is required for entry.

Party on the Patio 2022 lineup

June 9: Dean Ford & The Beautiful Ones, a tribute to Prince

June 23: Best of the Eagles, a tribute to Eagles

July 7: Tramps Like Us, a tribute to Bruce Springsteen

Aug. 4: The Great Escape, a tribute to Journey

Aug. 11: Full Moon Fever, a tribute to Tom Petty and the Heartbreakers

Mohegan Sun Pocono (1280 Highway 315, Wilkes-Barre), owned by Mohegan Gaming & Entertainment, was the first destination to bring gaming to Pennsylvania in 2006 and has since become one of the premier entertainment, gaming, shopping, and dining destinations in the state. Situated on 400 acres in Plains, Mohegan Sun Pocono features a 238-room hotel with an on-site spa and adjacent 20,000 square-foot Convention Center. It is currently home to 67,000 square feet of gaming space, including over 60 live table games, 1,700 slot machines and electronic table games, a variety of dining and shopping options, nightlife, entertainment, live harness racing, and sports betting at the Unibet Sportsbook. Mohegan Sun Pocono is within easy access of New York, Philadelphia, New Jersey, and Delaware. 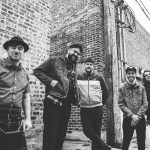