It was announced today that Special Guest App has become an official sponsor of NEPA Scene, opening up a host of opportunities for the arts and entertainment website and its mission to promote and support artists of all kinds throughout Northeastern Pennsylvania.

The two local businesses are planning to create a variety of new high-quality digital content together, including video interviews, live music streams, artist profiles, and the long-awaited return of the NEPA Scene Podcast, which streams weekly for a live audience that can interact with the show from home.

The sponsorship also includes a room in The Accelerator building in Wilkes-Barre, the first public office NEPA Scene has had since it launched in 2014, and access to a new stage, equipment, and team members to better cover the area’s artists, both well-known and yet to be discovered.

“This is not an April Fool’s joke, though I still have trouble believing it myself! It’s never been a secret that NEPA Scene has been a small DIY operation from the beginning, but our passion and consistency has built an incredible following and finally led us to a partnership that can take our work to a whole new level. Having this creative space and the ability to produce even more engaging content will also help local artists in ways that no other local publication can,” said Rich Howells, the founder and editor of NEPA Scene.

“I think our dedicated audience will truly appreciate Special Guest App as they see everything it has to offer now and in the very near future as they expand.”

Special Guest is a talent booking platform founded by local tech entrepreneur Kris Jones and actor/comedian Damon Wayans, Jr. While streamlining the often harrowing process of locating performers for an event or venue, booking them, and getting them paid, the app serves as a way to discover new talent and is now moving into artist management.

“Special Guest is thrilled to partner with Rich Howells in supporting NEPA’s No. 1 source for entertainment news and live entertainment – NEPA Scene! We are excited to provide additional resources to help Rich take NEPA Scene to the next level while working together to open up doors and celebrate the amazing talents of entertainers in NEPA and across the United States,” commented Jones, the founder of Special Guest and The Accelerator.

A lot of entertainers, both local and national, will be coming in and out of The Accelerator this year, and NEPA Scene will be there to highlight them in all kinds of creative ways. The website was independently launched on Sept. 1, 2014 in Scranton and, within months, began winning awards and climbing to the top of all the arts and entertainment publications in the area, updating every weekday with news, interviews, reviews, photos, videos, concert announcements, podcasts, live streams, and more while hosting the NEPA Scene Open Mic for up-and-coming talent.

Over the last seven years, established print magazines and startup blogs have come and gone as NEPA Scene grew to become the most-read website covering the arts in the region, garnering the largest social media following of all the past and remaining outlets in the process. Moving from a small home office to The Accelerator this month, its new address will be 16 S. River St., Suite 104, Wilkes-Barre, PA 18702.

“I can’t wait to get started on this new venture and utilize this space to its full potential. I want to thank Kris Jones and his team for not only believing in us but also local artists,” Howells left off.

“This is a big win for our music and arts scene, so watch our social media pages as well as theirs for something completely new that you will not find anywhere else.” 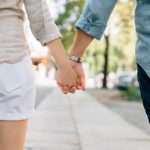 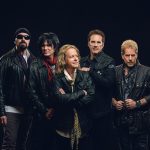