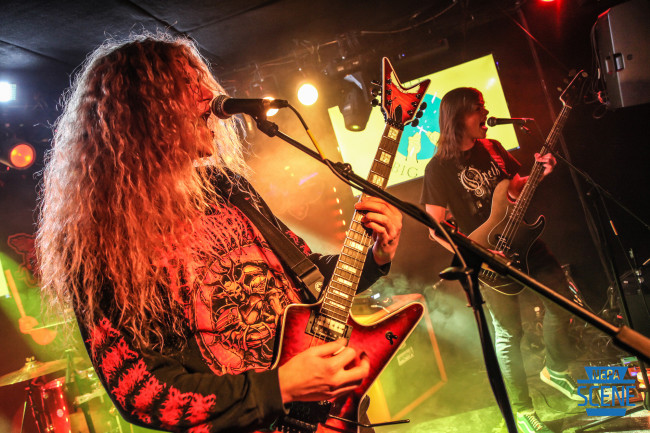 “Never stray from the path” – it’s a warning that’s been ingrained in the human psyche through the ages. Folklore and fairy tales from every culture speak of the dangers awaiting those who succumb to curiosity, temptation, or bravado, those who fail to heed the lessons of their forefathers. There are wolves out there between the trees, wolves that hunger for the warm rush of blood released.

And deeper within the shadows, in the places where even the wolves fear to tread, there are monsters – devils who wait to tear you down and rip you apart. If you must venture through the forest, beneath the canopy of secrets, don’t listen to the whispers and the promises, don’t go chasing illusions of beauty – stick to the path or your end is assured.

“The Woods Will End You” is the second full-length album from Narrowsburg, New York’s Brotality, following in the wake of last year’s warmly received debut album “Worldwide Desolation.” This new entry in the chronicle of their remarkable rise through the ranks of the metal underground was crafted with accomplished skill and captivating imagination, drawing on the influence of heavy metal’s revered legends, groundbreaking contemporary pioneers, and the power trio’s own unique vision.

These complex compositions walk the hinterlands of thrash metal, reaching out into the shimmering realms of progressive metal, drawing the essence of both together and weaving them into a breathtaking new tapestry of many colors. Journey with them into forbidden territories and discover the magic and the terror beneath the trees. Prepare yourself for the musical revelations of “The Woods Will End You.”

These 11 songs capture the many-layered fabric of the wild woods – the beauty, the danger, the mystery, the darkness, and the light. Crisp, incisive riffs and muscular, powerful beats fuse with sublime melodies and uplifting solos that will open hearts up. Vocals, snarling and intimidating, dramatic and richly melodious, tell their stories over intriguing rhythms and captivating music full of character. To the willing listener, “The Woods Will End You” will reveal something truly remarkable and, in songs like “The Moon Below” and “Sunseeker,” there is real treasure to be found – as long as you never wander from the path.

Formed by teenage brothers Bryce and Reece Maopolski in 2016, Brotality has evolved at a stunning rate. In just a few short years, they have blossomed into accomplished artists, drawing equally from Megadeth, Mastodon, and their own fertile musical minds. Starting with the unbridled energy and enthusiasm of their first EP, 2018’s “Hypernova,” the young band has morphed into a formidable proposition that couples the hard-hitting riff attack of thrash with the adventurous, expressive dexterity of prog metal.

Most tellingly, they have now mastered the art of songwriting, crafting dynamic pieces that challenge and entice, drawing listeners into the embrace of their hooks, melodies, and exhilarating power. From rigorous, imposing heaviness to passages of uplifting beauty, Brotality has woven it all into the fabric of the tale that is “The Woods Will End You.”

Now with drummer John Haring firmly ensconced in the ranks, the group is better equipped than ever before to continue their mission of spreading positivity through the power of heavy metal. Carrying the metal torch and igniting hope through catchy riffs, moving lyrics, and commanding performances, they have already opened for the likes of Deep Purple and Judas Priest, picking up numerous awards and radio chart recognition along the way. With the release of their sophomore album through Rottweiler Records on Friday, June 3, their reputation is set to spread further and faster around the world. Driven to succeed, Brotality believes that there is nothing they cannot achieve.

Following many successful concerts throughout Northeastern Pennsylvania, including an album release party at Finnegan’s Irish Rock Club in Scranton in 2021, the band is returning to the Electric City to celebrate “The Woods Will End You” with a release show at The V-Spot (906 Providence Rd., Scranton) on Saturday, June 4.

After that, Brotality will headline their own national tour, aptly named This tour Will End You, beginning June 30 and running through Aug. 13.

“This summer we will be hitting the road for six weeks and throwing down all over the eastern half of the U.S.! This has been a dream of ours since 2019, and this year we were finally able to make it happen,” the group shared on social media.

“Through an insane amount of DIY legwork, help from our friends in amazing bands like Stonewall Static, our fantastic label Rottweiler Records, Mason Beard, and the amazing folks at The Extreme Tour, we will be shredding all over the U.S. this summer! We hope to see you on the road and cannot wait to share this experience with you all! If the woods haven’t ended you yet, you better believe this tour will!” 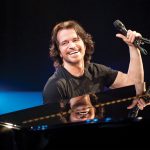