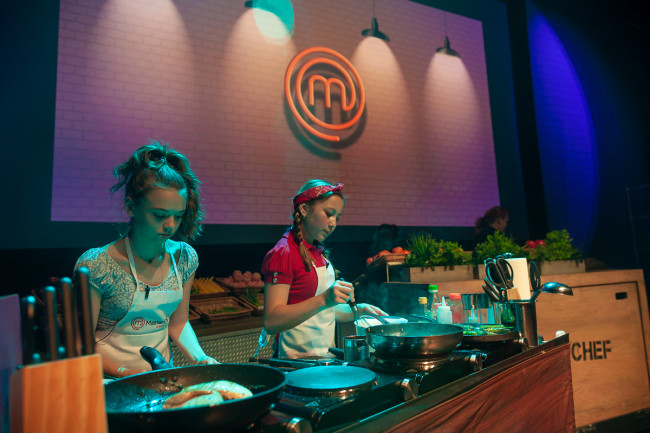 Featuring the Season 8 winner, finalist, and fan favorites serving up a perfectly balanced good time, “MasterChef Junior Live” is traveling though 25+ cities, including Wilkes-Barre at the F.M. Kirby Center on Wednesday, Sept. 28.

The tour promises to have all the ingredients for family fun, such as more mouthwatering cooking demonstrations and challenges to tickle the taste buds and funny bone. The all-star cast will be revealed after the season finale of “MasterChef Junior” on Thursday, June 23 at 8 p.m. on Fox.

“‘MasterChef Junior Live’ is one of TCG’s favorite shows to produce. We are always excited to recreate some of the fan-favorites segments from the TV series and bring it to a live audience. The energy this show brings is contagious,” said Stephen Cook, president of TCG Entertainment and producer of “MasterChef Junior Live.”

Whether you’re a foodie or just a fan, this tour, which had its first run in 2019, is fun for all ages.

A limited number of VIP packages will be available in all markets and will include signed merchandise and more. Exclusive “MasterChef Junior Live” merchandise will also be available for purchase.

“MasterChef Junior” airs at 8 p.m. on Thursdays on Fox. This week, the three semi-finalists go head-to-head in front of a live audience with a surprise visit from their loved ones. The young chefs have one hour to prepare a dish inspired by their families for each judge. The two chefs who manage to overcome the added pressure of the live audience will move on to the finals.

TCG Entertainment is a leading producer of creative content for live entertainment properties and touring productions. Owning multiple intellectual properties and partnering with top IP holders and studios, it has generated decades worth of live family entertainment. With a laundry list of productions enjoyed by millions of audience members around the globe, TCG is an authority in providing brands a visionary one-stop source for live touring and experiences.

Endemol Shine North America delivers world-class content and compelling storytelling to multiple platforms in the United States and across the globe.