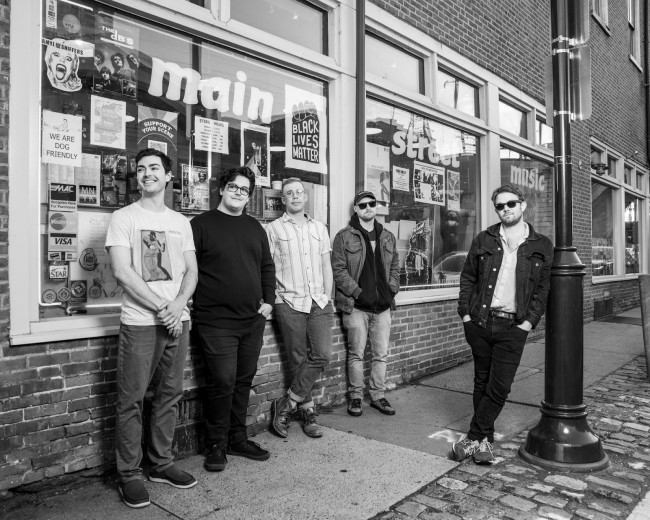 Originally formed in Scranton, Philadelphia-based indie rock/power pop band The Tisburys are showing their musical growth with “Garden,” the first single from their upcoming third album, “Exile on Main Street,” due out Sept. 16 via Sacks of Phones.

Released on June 30, the song was recorded with Justin Nazario (Riverby, Dweller) at Sound Splitter Studio near Philly, mixed by Matt Muir (Ben Arnold) at Kawari Sound in Wyncote, and mastered by Dan Duszynski (Loma, Gold Hotel) at Dandysounds in Austin, Texas.

It came with a new music video filmed and edited by Andrew Silverman that showcases the group in the Manayunk neighborhood of Philadelphia near their rehearsal space and the Main Street bridge.

Tickets for the all-day outdoor event, which are $25, are on sale now via Prekindle.

It’s been a long road for The Tisburys. Founded in Scranton in 2012 by Clarks Summit singer/songwriter Tyler Asay and lead guitarist John Domenico, the band has continued to evolve in the passing years. Their early lo-fi records, 2019’s “Wax Nostalgic” and 2020’s “Sun Goes Down,” were exit signs on a highway influenced by everyone from Big Star to Hop Along. The latest stop on their long, strange trip, titled “Exile on Main Street,” will be out late this summer.

They have gone through multiple iterations in the past couple of years. Bassist Doug Keller joined in 2017 after years of playing in several celebrated Philadelphia bands (Band of Rivals, Riverby, and Duke Maroon). Drummer Dan Nazario was enlisted during recording sessions for “Sun Goes Down” with his brother Justin Nazario at his home recording studio (Sound Splitter) during the COVID-19 pandemic. Latest addition Jason McGovern, a singer/songwriter in his own right who fronts local band The Describers, helped produce The Tisburys’ last release, the 2021 EP “Pictures of Fireworks,” and now plays keyboards along with other instruments.

“Exile” was brought to longtime friend Matt Muir, who mixed the record at Kawari Sound Recording Studio (The Districts, The War on Drugs, Low Cut Connie). Additional recording was finished at Retro City Studios in Philadelphia, with several friends of the band making cameo appearances, such as Katie Hackett of The Lunar Year, Mike “Slo-Mo” Brenner of Marah and Wild Pink, August Greenberg of Riverby, and more. The album was mastered by Dan Duszynski of Gold Hotel and Loma at his home studio Dandysounds.

The title of this record is not just a takeoff of the classic Rolling Stones album. It’s a send-up of The Replacements calling their third album “Let It Be” and also a reference to the record store Asay has worked at for the past five years, Main Street Music in the Manayunk neighborhood of Philly.

“It was the only logical choice for what to call this record,” Asay said. “It’s a reflection of the music we’ve made so far along with the music we love that has come before us.”

The Tisburys are no strangers to wearing their influences on their sleeves – the new album also includes specific references to Bruce Springsteen, Gin Blossoms, and the aforementioned Replacements. Musically, it’s a callback to 1990s college rock and power pop, with some modern indie rock influences thrown in. The band knows of the legacy of heartland rock acts from Philadelphia (The War on Drugs, Dr. Dog, Strand of Oaks), so they work to find their way into that conversation.

“Every little soul must shine,” Asay sings on the first and last song of the album, “The Tisburys (On Main Street” and “Exile (On Main Street).” The story that these 11 tracks tell is one of honest reflection while also looking forward. “Exile on Main Street” is a record about the streets you grew up on as well as the long road ahead, escaping negativity and owning your mistakes. The message is to keep your chin up and keep driving. 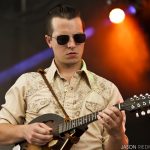