Art and industry combine in spectacular fashion every year at the Fire at the Furnace with live iron pour demonstrations and other cultural events, but the sixth annual gathering at the historic Scranton Iron Furnaces on Friday, June 3 brought two special people together as well. Nikki Moser, organizer of Fire at the Furnace and […]

Alice Cooper, singer of “He’s Back (The Man Behind the Mask),” appropriately sold out the F.M. Kirby Center for the Performing Arts in Wilkes-Barre for the third time on Friday the 13th, proving once again that the classics never die – except dramatically on stage, again and again. Even as the Godfather of Shock Rock […]

Two heavy metal heavyweights, Slipknot and Hatebreed, warmed up a cold night on Montage Mountain in Scranton with mosh pits and pyrotechnics on Wednesday, May 13, just a few days after the Susquehanna Breakdown music festival kicked off the concert season at The Pavilion. With no other opening act needed, Hatebreed easily riled the crowd […]

Eye on Attraction brought their bright and energetic stage show to The Gravity Inn in Waymart to not only celebrate great music, but the birthday of general manager Cliff Krajkovich on Saturday, March 7. Playing both original songs and covers, the Scranton-based alternative/progressive rock band shared guest vocals with Rafael Pimentel of Silhouette Lies and […]

Death metal legends Cannibal Corpse and Behemoth joined dark forces for a 31-date co-headlining winter tour that began in January in New Orleans and stopped at the Theatre of the Living Arts in Philadelphia on Sunday, March 1. Joined by Swedish metal bands Aeon and Tribulation, they conjured massive mosh pits that consumed the TLA […] 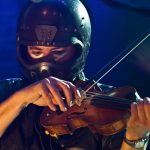 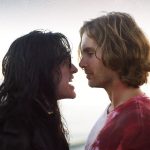