This time last year, pro wrestlers Karl Anderson and Luke Gallows became the WWE Raw Tag Team Champions during the Royal Rumble pre-show, but they ended up losing the title to the Hardy Boyz at WrestleMania 33 a few months later. Now, after turning face as Finn Bálor’s surprise tag team partners on Jan. 1, […]

Whether you grew up in the ‘90s or just appreciate all the amazing rock music that came out of that decade, songs by Fastball are certainly in your playlist. Hitting No. 1 on the Billboard chart, earning a Grammy nomination, and named one of the 100 Greatest Songs of the 1990s by VH1, “The Way” […]

One of the most anticipated concerts to come to The Pavilion at Montage Mountain in Scranton this season was the return of Blink-182, on tour with A Day to Remember and All Time Low after a hiatus and split with founding vocalist/guitarist Tom DeLonge. Many longtime fans, including myself, were there on Thursday, Aug. 25 […]

An hour before gates opened to the Breaking Benjamin/Disturbed co-headlining show Friday night at The Pavilion at Montage Mountain in Scranton, it was announced that the show was an official sell-out, having pushed 16,000 tickets. The sold-out crowd on July 29 also caused quite the congestion getting up Montage Mountain. Traffic was backed up over […]

While sitting backstage at the Bethel Woods Center for the Arts in New York on Friday, July 15 and chatting with Bruce Johnston, the legendary keyboardist/bassist for The Beach Boys, he gets a tap on his shoulder from a stagehand who says to him, “10 minutes ‘til show time, Bruce.” Bruce says to my wife […]

When we caught The Beach Boys back in October at the F.M. Kirby Center in Wilkes-Barre, they put on an incredible show that felt like summertime “Fun, Fun, Fun” despite that fall chill in the air. Now that the summer is actually here, we caught up with guitarist/vocalist Jeffrey Foskett to talk about his time […] 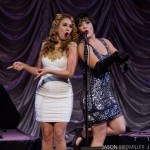 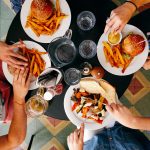