This is the ladies edition of Beautiful People of NEPA. This is Lindsay. She is a filmmaker preparing to shoot a movie called “Solacium.” I don’t know what “Solacium” means, but I can’t wait to see it. Dunmore, PA. 8/9/15 This is Ann. She couldn’t have been happier that this was her last day of […]

This is Marie. I waited a long time to take this photo. She passed away seven days later. She was a cool lady. Dunmore, PA. 2/5/15 This is Josh, the most upbeat and outgoing McDonald’s employee ever. He swears he is not on drugs. It seems a lot of people think he’s on drugs. Scranton, […] 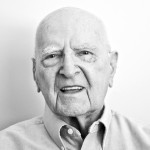