Following Jack White’s concert at Brewery Ommegang in Cooperstown, New York the night before, his Third Man Records Rolling Record Store rolled into the parking lot of Northeastern Pennsylvania’s own indie record store, the Gallery of Sound, in Wilkes-Barre on Monday, May 28 and was greeted by a long line of fans, vinyl nerds, and […]

Just days before the Pennsylvania primary election, singer/songwriter Ani DiFranco electrified the F.M. Kirby Center with her politically charged music on Friday, May 11. Returning to the Wilkes-Barre venue on her Rise Up Tour in support of her 20th studio album, “Binary,” the feminist icon brought Gracie and Rachel with her this time, an orchestral […]

Clowns, couples, dogs, musicians, trophy winners, and male nudity – it’s all here at the Electric City Tattoo Convention. Entries in the Beautiful People of NEPA portrait series are rare these days, but I always have a private room just off the main floor of this annual convention at the Hilton Scranton & Conference Center […]

Alice Cooper just turned 70 last month, but those who witnessed his return to the F.M. Kirby Center in downtown Wilkes-Barre on Saturday, March 10 certainly wouldn’t know it, as he sounded just as great as ever while sparing no theatrics during the sold-out concert. As a giant tapestry adorned with an illustrated closeup of […]

Supporting their new double album, Rhode Island indie rockers Deer Tick took the final leg of their Twice Is Nice Tour to the Musikfest Café in the ArtsQuest Center at the SteelStacks in Bethlehem on Tuesday, March 6, splitting the night with a short opening acoustic set, followed by a full electric set, mirroring last […]

Wilkes-Barre rock trio Dustin Douglas & The Electric Gentlemen returned to Jim Thorpe for their first show of the new year on Saturday, Jan. 13, heating up the Mauch Chunk Opera House with some red hot blues licks on a cold, snowy night. West Pittston roots rock vocalist Ed Randazzo opened the concert with some […] 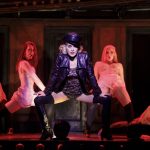 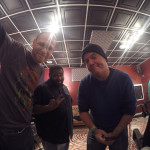