After long deliberations and consideration, we have decided that this year’s Electric City Music Conference and Steamtown Music Awards will be held in an altered fashion due to the coronavirus pandemic and its lasting effects on the local music scene and venues. We have consulted with the local, state, and national experts and believe we […]

The Electric City Music Conference gives local music fans a massive overload of great music to listen to while providing all kinds of opportunities for local bands. In recent years, bands from across the country have also streamed into Northeastern Pennsylvania to participate in the annual event. Today, we’re highlighting 10 acts from outside the […]

One of the main goals of the Electric City Music Conference is to highlight all the incredible musicians who live and perform in Northeastern Pennsylvania, but there are also 11 diverse out-of-town acts playing this year that are just as worthy of your attention. Our local music scene is connected to many others, particularly in […]

The Electric City Music Conference is proud to announce that Prospect Music Group recording artist Apache Chief will perform at its 2016 event. The New York hip-hop artist, who recently inked a record deal, has recorded with music legends Jadakiss and AraabMuzik and marks the first national headliner announced for the Scranton festival. Apache Chief, […]

During their time as an active metalcore band, One Last Time opened for legends such as Terror and played the Vans Warped Tour. They also merged multiple genre influences to create a sound all their own and went through various lineup changes. The Scranton group will be reuniting for one night only at the 2016 […]

Solo acoustic tour stops in Olyphant on May 21

In the early 2000s, songs like “Bottom of a Bottle,” “Nowhere Kids,” and “Silhouettes” stood out from other singles played across the airwaves, bringing back a grungy alternative sound that hadn’t been heard in years with the addition of those catchy hooks that Smile Empty Soul became known for. Since their 2003 self-titled debut, the […] 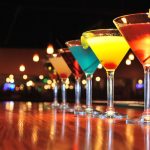 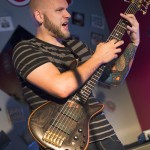 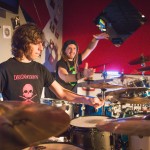