Beards may be all the rage with the trendy folks, but for those of us who have been sporting whiskers for decades, it is painfully common that, even with the sudden boom in market share, beard grooming products are by and large a huge letdown. The primary reason I’ve observed is that, almost without exception, […] 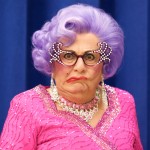