Atlanta indie rockers Manchester Orchestra made their mark on the Sherman Theater in Stroudsburg on Tuesday, June 5 as part of their A Black Mile to the Surface Tour, named after their latest album released nearly a year ago, with support by Brooklyn singer/songwriters Kevin Devine and Half Waif. While spanning their career, Manchester Orchestra’s […]

A little over a month before the release of their new album, Welsh metalcore band Bullet for My Valentine returned to the Sherman Theater on Friday, May 18 with fellow metal acts Trivium and Toothgrinder. They last performed at the Stroudsburg venue in 2013. Fresh off a tour with Avenged Sevenfold and Wilkes-Barre’s Breaking Benjamin, […]

While popular post-hardcore band The Used are currently dealing with headline-grabbing drama behind the scenes as they split with guitarist Justin Shekoski, that didn’t affect their energetic concert at the Sherman Theater in Stroudsburg on Friday, May 4. It began with an opening set by semi-local New Jersey/Pennsylvania band Keep Flying, which features former members […]

Following a co-headlining North American tour with Thrice late last year, progressive post-hardcore band Circa Survive brought the first leg of The Amulet Tour to the Sherman Theater in Stroudsburg in support of their new record of the same name. “The Amulet” is the Doylestown rockers’ sixth full-length album and their first released through Hopeless […]

With bright lights beaming behind them into the crowd, multi-platinum rock band Bush captivated the Sherman Theater in Stroudsburg on Wednesday, April 11, playing the hits from their 1994 debut album, “Sixteen Stone,” all the way up to their present work. While they’re touring with a new generation of bands – Atlas Genius and Big […]

Record Store Day, coming up this Saturday, is typically the Gallery of Sound’s biggest day of the year, but last Saturday, April 14 may have already topped it. Lines of fans wrapped around the Wilkes-Barre store and across the parking lot, all eager to welcome Breaking Benjamin back to their hometown a day after their […]

Just hours after a terrorist drove a pickup truck into innocent civilians in Lower Manhattan, killing eight people and injuring 11, the 44th annual Village Halloween Parade marched down the streets of Greenwich Village undeterred, drawing an estimated 1.5 million costumes, artists, and spectators. Led by Grand Marshal Anjelica, a Brooklyn recording artist, in a […]

After releasing their first new song since their 2014 album “Holy Vacants” earlier this year, Morristown, New Jersey experimental rock band Trophy Scars celebrated their 15th anniversary with a concert at White Eagle Hall in Jersey City on Saturday, Nov. 4 with Will Wood and the Tapeworms and Latewaves. Vocalist Jerry Jones was taking some […] 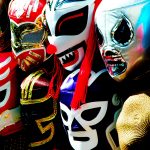 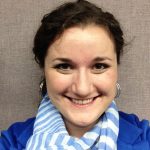