Armed with a guitar and a t-shirt depicting a cat in a spacesuit, Katie Kelly shared her musical talents with the friendly and captivated audience in front of her on the Camp Rattler stage at NEPAPALOOZA at Mountain Sky in Jermyn on Saturday, May 30. On the second day of the independent music festival, things […]

A sense of community was strongly felt at NEPA Metal Meltdown on Friday, May 8 and Saturday, May 9. Everyone at Diane’s Deli & Internet Cafe in Pittston seemed to know each other, and those who knew few people quickly bonded over their love of metal music with others. This was NEPA Metal Meltdown’s second […] 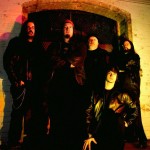 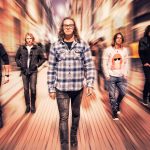