here’s often an interesting, unexpected turn of events when you interview a band while they’re out touring. Kirk Windstein from Crowbar was one such example. While the phone call NEPA Scene had set with him to coincide pre-show for the band’s recent gig in Minneapolis was confirmed several days in advance, the hectic pace of […]

Even though they’ve regrouped sporadically to play live since a “permanent” disbandment announcement in 2005, notably in the form of high-profile gigs at Australia’s Soundwave Festival in 2012 and a 2013 European festival run (Download, Graspop, Nova Rock, etc.), Coal Chamber hasn’t released a studio album since 2002’s “Dark Days.” This 13-year dry streak will […]

Mixing the atmospheric, sonic vitality of Taking Back Sunday and The Used, with a light-touch, straight-outta-1995 Matthew Sweet sentimentality and proto-punk inner child, Wilkes-Barre’s Down to Six kick out their jams with dynamics out the wazoo and more hooks than a professional angler’s convention. In short, this is a band never lacking in excitement or […] 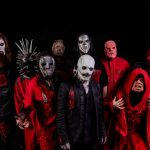