From a press release: South Korea’s genre-challenging boy band Oneus is coming all the way to Wilkes-Barre on their 2022 Blood Moon Tour, stopping at the F.M. Kirby Center on Sunday, Feb. 13. This is not the sextet’s first stateside tour, as they successfully held their first Fly With Us Tour back in November of […]

From a press release: After a year away, the Scranton Cultural Center at the Masonic Temple will host its sixth annual Winter Blues Guitarmageddon – a one-night blues festival featuring an eclectic mix of local, regional, national, and international touring artists – in the Grand Ballroom on Friday, Feb. 25. Grammy-nominated, six-time Blues Music Award […] 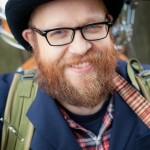