It never ceases to amaze me, those young customers who come into my store and consistently question how anyone, never mind yours truly, could be entertained by some of the games of times long gone, and one of the things I always stress to them is that while these games may not have been pleasing […]

One of the most unique things about being involved in the retro video game business is witnessing items, whether they are games or consoles, reach this cult status that almost supersedes the notion that when it first debuted so many years ago it wasn’t very good at all. Prime examples of this are those consoles […]

Sometimes it just doesn’t pay to root for the underdog. This was a lesson my brother Len and I learned long ago when we took a chance on a virtually unknown console at the time, the TurboGrafx-16, a console that was huge in the European and Asian markets and was rebranded by NEC under this […]

I can’t begin to tell you how many people come into my store and ask me, “What makes these games so special? What makes them worth as much as they are? There’s really a market for these still?” Certainly this is enough to annoy and perhaps even insult a person with a deep appreciation for […]

Initially, it was difficult deciding what game to end 2014 with. After having a fun and successful “Season of Sequels,” I was left wondering just what game to review next. Thankfully, it didn’t take nearly as long as I thought to finally chose a game. Today, we will be taking a look at “DuckTales: Remastered” […]

We all have that game that gets a bad rap in the gaming world, that game we defend until the bitter end despite criticism that suggests we are out of our minds. Today, we’re going to finish up our “Season of Sequels” with a look at the “black sheep” of the “Legend of Zelda” series, […]

Despite my lack of love and fanfare for the Sega Genesis, I am never against fully admitting when there’s a game in the system’s library that was done right, catching my eye when so many others failed to get my attention. Today, on this second installment of Turn to Channel 3’s “Season of Sequels,” we […] 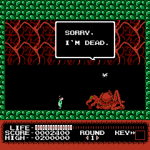 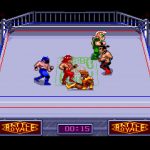 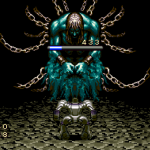