Pennsylvania bars and restaurants have been able to reopen at 50 percent capacity this week, but some small businesses may never fully recover from the effects of COVID-19 and the shutdowns. Scranton video production company TwentyFiveEight Studios has been examining the true impact of the coronavirus pandemic on this industry and how mitigation was handled […]

Lewis “Lew” Williamson, the Scranton resident who played Santa Claus in every Santa Parade in downtown Scranton since 1993, has passed away from COVID-19. The sad news was confirmed by his wife Maureen Williamson in a public Facebook post on Jan. 4, just over a week after Christmas. “With my heart broken, I have to […]

In mid-November, The V-Spot turned 10 years old, a major milestone for any small business, but they didn’t really get the chance to celebrate. Already operating at 50 percent capacity due to COVID-19 regulations, the popular North Scranton watering hole was one of many Pennsylvania bars and restaurants forced to close on Thanksgiving Eve, the […]

This week’s news that Governor Tom Wolf will allow Pennsylvania bars and restaurants to reopen at 50 percent capacity on Jan. 4 was welcomed after the latest shutdown led to another difficult month for the industry, but being able to welcome customers back inside again doesn’t mean their problems are over. The true impact of […]

Today, Scranton/Wilkes-Barre radio station Alt 92.1 turned off the Christmas music and turned on the ’90s. On Nov. 4, NEPA Scene broke the news that Alt 92.1 made the sudden switch from alternative rock to 24/7 holiday music, indicating that a format switch was imminent. A new website and social media pages revealed this morning […] 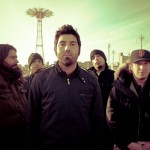 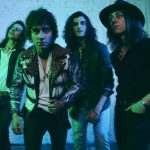 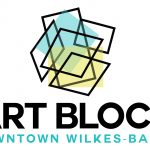