This week, I’m painting in all shades of blue for two reasons. One is that I’m poor and running out of paint. The other is some contrived, artsy nonsense that even I don’t believe. Also in this episode, I discuss social anxiety and make up excuses for why I can’t remember your name. It’s a […]

From a press release: Lackawanna County Commissioners Corey D. O’Brien, Jim Wansacz, and Patrick M. O’Malley announced the 2015 arts and culture organizations and individuals who have received grant support for their various community projects, events, and activities at a reception and grants ceremony held at the Scranton Cultural Center on Jan. 14. Financial assistance […]

This week’s episode contains an extra sad segment of Uninformed News, along with reflections on tofu, butterfly goo, social anxieties in Japan, and sleeping under my drawing desk. I also abandon some New Year’s resolutions already, making up a few new ones in the process.

From a press release: The Lackawanna County Arts & Culture Department will hold its 2015 reception and grants ceremony on Wednesday, Jan. 14, beginning at 5:30 p.m. in Shopland Hall on the fourth floor of the Scranton Cultural Center (420 N. Washington Ave., Scranton). Organizations that receive annual support through Lackawanna County’s program stream funding […]

When a new album hits stores and a musician begins the publicity cycle, there is so much focus on the finished product that few are privy to all the previous preparation behind the scenes. From the album cover to the promotional photos, every image must represent the artist and set the stage for the performances […]

This episode has a lot of great stuff in it. Maybe not great, but good stuff. All right, there’s stuff in it. There’s history, penises, New Year’s resolutions, and fears about being an art teacher. I make a lot of lofty promises. Make sure to tune in next week to see me not fulfilling those […]

DRUNK ILLUSTRATION TUESDAY: Brought to you by the NSA

This week, we’re discussing salient social issues that matter to you. No, just kidding. I’m ranting about things that don’t matter at all. Deal with it. This podcast is full of complaints and negativity. I might have forgotten to talk about art. Maybe. It’s good, though, so listen. I said listen, damnit! 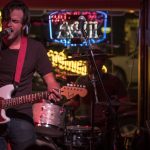