Beer: Rebel Grapefruit IPA Brewery: Samuel Adams (Boston Beer Company) Style: American IPA Age: 2016 ABV: 6.30% Peanut butter and chocolate, a nimble car on windy roads on a sunny day, science fiction movies and LSD, IPAs and grapefruit – some things are just born to be paired together! But just because things are made […]

Beer: Sunday Morning Stout Brewery: Weyerbacher Brewing Company Style: Bourbon Barrel Aged Imperial Coffee Stout Age: 2016 ABV: 11.30% We don’t do a ton of repeat reviews here on the ye olde MBR, but when we have a beer cross our path that 1) has a lot going on and 2) is coming into its […]

Beer: Double Dry Hopped Scaled IPA Brewery: Trillium Brewing Company Style: IPA Age: 2016 ABV: 7.00% This week, we have a beer from one of the Northeast’s new school darlings, Trillium Brewing! The New England hazy IPA has been the beer du jour for more than a hot minute, but the dry hopping is a […]

It’s the New Year, which means a lot of things to a lot of different people – dealing with sardine-like packed gyms, week-long hangovers, pictures of Mc-poems copied from Pinterest and posted by girls who dress like Han Solo… just another day in the race for hustlers. And, of course, there are all those end-of-the-year […] 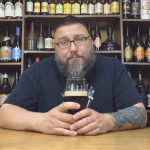 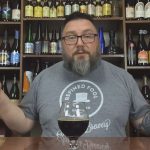 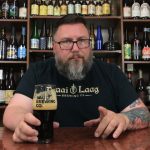