From a press release: The WWE announced today that the WWE Live SummerSlam Heatwave Tour will stop at Mohegan Sun Arena at Casey Plaza in Wilkes-Barre Township on Sunday, July 7 at 7 p.m. The main event will feature Seth Rollins, AJ Styles, Braun Strowman taking on Drew McIntyre, Baron Corbin, and Bobby Lashley in […]

From a press release: The Misericordia University Athletics Department in Dallas is introducing esports as a coed varsity activity beginning with the fall semester. Esports involves teams competing head-to-head in multi-player games online through gaming broadcasters. Misericordia will be the fifth team in the Middle Atlantic Conference to add esports and brings MU’s varsity offerings […]

From a press release: Soon after “WWE SmackDown” returns to Wilkes-Barre, WWE Live Road to Wrestlemania comes to the Giant Center in Hershey on Sunday, March 31 at 7 p.m. The professional wrestling show will include the triple main event of Seth Rollins vs. Dean Ambrose in an Intercontinental Championship Match, Women’s Champion Asuka vs. […]

From a press release: The WWE announced today that “WWE SmackDown Live” will return to the Mohegan Sun Arena at Casey Plaza in Wilkes-Barre on Tuesday, March 5 at 7:30 p.m. The pro-wrestling event will be broadcast live nationally on the USA Network from 8 p.m.-10 p.m., once again showcasing fans from Northeastern Pennsylvania in […] 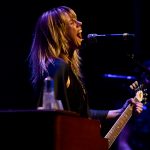