To start, I should say that “The Rocky Horror Picture Show” is somewhat… sacred to me. It’s a film that features ambiguous sexualities, gender bending, transvestism, and a really well-known dance routine that’s super simple to do (I mean, it’s just a jump to the left, and then a step to the right. Oh, but […]

Suffice it to say, I’ve been a bit busy the last few weeks. There was NEPA BlogCon, then a trip to Pittsburgh for the TransPride Pittsburgh Conference, and then telling my story at the Big Gay StorySlam for the Scranton Fringe Festival… and I’m not done! This Saturday, I’m marching alongside Daye Lily Pope, transgender […] 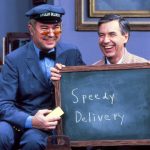