From a press release: The Scranton/Wilkes-Barre RailRiders are bringing back a familiar team mark in 2022. The club will once again use the “SWB” from the days of the Lackawanna County Stadium as an alternate logo. The logo will be featured on New Era road caps and new alternate jerseys during the upcoming season. The […]

From a press release: This week, the board of trustees of the Everhart Museum of Natural History, Science, and Art and the John Kearney family announced the dedication of the Lois C. Kearney Learning Center at the museum and the establishment of the Lois C. Kearney Endowment Fund to support the institution’s educational programs. The […]

From a press release: The Mohegan Sun Arena at Casey Plaza in Wilkes-Barre Township will once again open its doors for public ice skating on Thursday, Dec. 2 for the annual Toys for Tots Open Skate, presented by Utz in support of the U.S. Marine Corps Reserve Toys for Tots program. Anyone bringing a new, […] 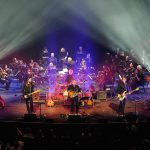 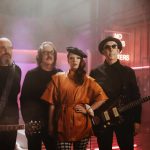