From a press release: StarGames, SMG and the Mohegan Sun Arena at Casey Plaza announced today that Nancy Kerrigan’s “Halloween on Ice,” one of the longest running shows in all of figure skating, will return this fall with a new story, expanded fan experience opportunities, and a star-studded cast of Olympic, World, and U.S. National […]

Since today is a great and noble holiday in the Star Wars Universe, I thought we should examine some immortal words of wisdom from one of the greatest teachers the galaxy has ever known. In that memorable scene in “The Empire Strikes Back,” Yoda is training a young Luke Skywalker in the ways of the […]

Pennsylvania winters can seem grueling, bleak, and downright depressing. Now that the ice has thawed and the sun is out, it is time to warm your heart with the power of laughter. Scranton business Laugh to Live will sponsor two events this year that celebrate World Laughter Day. The World Laughter Day celebration, started by […]

In my last article, we talked about one of the two copyrights used in music – the musical composition copyright. Today, we’re going to talk about the second main copyright used in music and the one that record labels control and exploit – the sound recording copyright or master. Going back to our example of […]

Last week, we discussed “Spring cleaning for your mind,” and after some really positive feedback, I decided to continue this topic further. We primarily focused on thoughts, behaviors, and choices that have a negative impact on our lives, but what about poor and/or destructive relationships? Relationships take many forms. Let’s take the root word which […]

NEPA Scene launched to the public in September of 2014 and has since grown into the area’s leading independent arts and entertainment website, winning awards and gaining a loyal following earned through perseverance and positive word of mouth. Founder and editor Rich Howells started the site on his own after he was laid off from […] 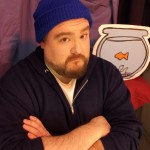 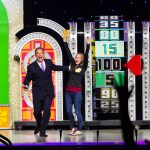 Come on down to ‘The Price Is Right Live!’ at Scranton Cultural Center on Oct. 1