Before we go any further, please consider the following question: What do you want in life? What do you truly want? So if you haven’t done so already, please ask yourself, “What do I want?” As a coach, I have the opportunity to talk with many people, and I always learn some fascinating details about […]

It seems like every month or so another online poll or top list is released saying Scranton is a terrible place to live, miserable as hell, or full of ugly accents. Are these criticisms fair and based on actual research or just nasty, classist insults that harm the Electric City and its residents? BBC journalist […]

When I look upon the magnificence of the Scranton Cultural Center or the majesty of the Nicholson Bridge, I wonder how the generation that created such wonders in the first part of the 20th century could also create some of the dumbest, most asinine, ball-busting houses ever made. I become bewildered at how an American […]

Greetings, friends, If the saying, “A picture is worth a thousand words,” is true, then I hope the words-to-dollars exchange rate is good because that would put local photographer/graphic designer Keith Perks somewhere north of a billionaire. For years, he has been capturing NEPA’s beauty, artistry, and originality in his photography, as well as helping […]

Driving through the holiday light display at Nay Aug Park has become an annual tradition for many residents of Scranton and Northeastern Pennsylvania, though they may not realize what goes into the winter wonderland every year. David DeCosmo, a professional broadcaster on radio and TV for over 50 years, interviewed Scranton Mayor Bill Courtright and […] 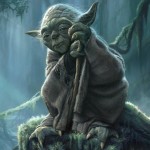