A book is so much more than ink and paper – it’s a portal to other worlds, a way to endlessly educate oneself. And, even more, a library is more than a building to house such things – it’s a place of community, comfort, and education. One group from the 2015 Leadership Wilkes-Barre class recognizes […]

Every month, the staff of the Osterhout Free Library in Wilkes-Barre offers their recommendations for new or classic books available through the Luzerne County Library System. Donate to the library and subscribe to the Osterhout Insider newsletter to keep up-to-date with what’s happening at the Osterhout and its branches.

Enna Peterson is back, but this time around, the comedic heroine that has sprung from the mind of (and is loosely based upon) Scranton resident Eleanor Gwyn-Jones is in an entirely different place than when we last saw her. “Jazz Hands,” which was released officially Tuesday, will be celebrated tonight at POSH at the Scranton […] 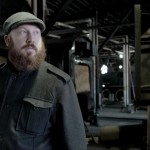 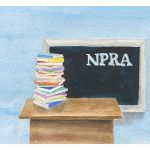