Those who believe the new generation growing up now isn’t as intelligent or ambitious as previous generations haven’t met the Breaking Ground Poets. They’ll have that opportunity this Saturday, Oct. 25, when the group of young writers from Northeastern Pennsylvania hold their first poetry slam of the season at TwentyFiveEight Studios (703 N. Washington Ave., […]

From a press release: “The Arts of Healing” will be presented through a conversation with the New York Public Library’s Paul Holdengräber and poet and author Rafael Campo, M.D., at The Commonwealth Medical College on Thursday, Oct. 23. The event, which is a collaborative program of the University of Scranton’s Schemel Forum and TCMC, will […]

From a press release: After a successful debut at last month’s Mr. Hush Weekend of Fear in Wilkes-Barre, author Brandon Halsey will be signing copies of his new horror novel, “Bliss,” at this weekend’s FANtom Fest in Scranton. The NEPA native is the author of an oeuvre both abundant and diverse: novels, poems, and essays […] 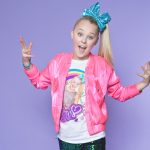