NEPA’s “symphonic nu metal band with a twist,” Last of Nine, has a new music video for “Remnants of Misery,” a song they released earlier this year, that tells the story of a jilted lover moving on with her life. The video, directed by Larry Rosen of Rosenguez Productions, was shot at J & R […]

If their last video for “Reincarnate” wasn’t scary enough for you, then Motionless In White‘s latest music video for “Dead as Fuck” probably will be, considering its creepy use of stop-motion animation and broken old dolls. The song is the next single from “Reincarnate,” the full-length album they released last month. Consistently engaging fans with […]

Eye on Attraction fans who are dying for the band to get back into the studio get their wish in a unique way with the Scranton prog rockers’ latest music video – a cover of “Number City” by Coheed and Cambria. The fun video by Jen Fracas with audio production by drummer Andrew Merkle depicts […]

Nashville blues rocker Patrick Sweany was the musical guest this year at “The Faces and Voices of The Blues III” on Oct. 4-5, organized and hosted by PocoNotes at the Tripp House in Scranton. The “soon-to-be-legendary guitar man,” as described by Rolling Stone, performed and held a guitar workshop that weekend. New Jersey photographer William […]

Just in time for Halloween, Scranton’s Without a Martyr released a lyric video for “Frankenstein,” a harsh song that takes some inspiration from the story of the classic monster. The track is part of “Pitch Black,” an EP the young metal band released back in May. The entire album is available to stream below and […]

VIDEO: Static in the Attic – ‘What Chu Need’ and ‘Bad Luck’ with behind-the-scenes footage

Static in the Attic just released their new album, “On the Street,” on Saturday, Oct. 4 at Lyrics Bar, Cafe & Music Venue in their hometown of Carbondale, along with two music videos the same night. The songs “What Chu Need” (above) and “Bad Luck” (below) by the young funk/blues rockers were produced by Phil […] 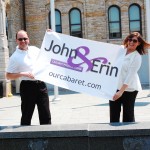