Eww Yaboo of Sugar Notch performed several songs from their latest record, “Keep Dreamin’,” on the Summersteps Records Stage at Arts on the Square in downtown Scranton on July 26, including “Lost for So Long.” We were there to grab some pictures and film the video above. Listen to the entire album below: Keep Dreamin' […]

Scranton’s Heavy Blonde finished their lively set (and possibly damaged some vocal chords) on the Highway 81 Revisited Stage at Arts on the Square in downtown Scranton on July 26 with the rockin’ “Johnny Got Fangs.” We were there to grab some pictures and film the video above. Look out for a new album from […] 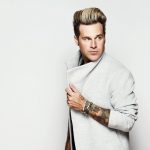