A few days after finishing up their co-headlining tour with American Authors and visiting Paste magazine’s studio in New York City to play a few stripped down songs, touring indie folk band Magic Giant stopped at the Alt 92.1 Radio Theater in the Scranton Times building on March 2 for another short acoustic set and […]

Today, the Electric City Music Conference is announcing the dates for its seventh annual event, opening applications to perform, and premiering the 2019 aftermovie exclusively on NEPA Scene, the longtime media sponsor of the conference. Last year’s ECMC featured performances by over 150 bands from seven states in 12 venues throughout the Scranton area, the […] 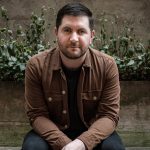