Everything that’s coming to and leaving Netflix in August

While we recommend going out and supporting the local arts and entertainment scene as frequently as possible, sometimes you need to just curl up on the couch and watch some Netflix. Here’s the full list of what’s coming to the streaming service and what will be leaving in August. And yes, you’re reading that first […]

From a press release: The Steamtown National Historic Site, in partnership with Pippin Pictures and Barefoot Studios, will premiere the documentary film “Return to Rocky Glen” by local historian Robert Savakinus and his documentary partner Shannon C. Keith on Saturday, Aug. 8 at 1 p.m. The film will be shown for free at the site’s […]

From a press release: Scranton Tomorrow has announced that Lackawanna County will be a presenting sponsor for the fifth annual “Drive in Downtown” free outdoor summer movie series on Lackawanna County Courthouse Square. Held on the 200 block of North Washington Avenue, the series kicks off tonight, July 16, with “Annie.” Drive in Downtown will […] 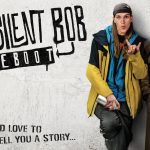