From a press release: Just over three years after wowing the crowd at the F.M. Kirby Center for the Performing Arts in Wilkes-Barre, Straight No Chaser has announced their return to the Kirby’s stage as a part of the Wells Fargo Concert and Comedy Series. The male a cappella singing group will visit the Kirby […]

A weekly winner and finalist in Season 1, Scranton singer/songwriter Adam Bailey has been working hard throughout Season 2 of NEPA Scene’s Got Talent to hone his original songs and develop his craft, and it paid off on Tuesday, Oct. 27 when he brought Thirst T’s Bar & Grill in Olyphant to a standstill and […]

From a press release: Can you feel the spirit of Christmas in the air? Just in time to spread the joy of the holidays, yuletide rock ensemble Wizards of Winter are announcing “An Evening with Wizards of Winter” – a 20-city U.S. tour beginning Nov. 19 in Ft. Lauderdale, Florida and ending on Dec. 29 […]

From a press release: Scranton/Wilkes-Barre radio station Fuzz 92.1 (WFUZ) has announced that Australian alternative rock band Atlas Genius will perform a free all-ages show at 3 p.m. on Saturday, Nov. 14 in the Fuzz Radio Theater (149 Penn Ave., Scranton). To win free tickets to this intimate performance, sign up through the All Access […]

From a press release: Ellie Goulding has announced dates for the North American leg of her “Delirium” world tour, which kicks off on April 1, 2016 in Vancouver and crisscrosses the continent through the end of June, when it wraps up with a show at New York City’s Madison Square Garden. It stops at the […]

From a press release: Americana/bluegrass band Cabinet has announced that their annual hometown Holiday Shows are returning to F.M. Kirby Center in Wilkes-Barre. This will be the second year at the historical theater, occupying the venue’s Chandelier Lobby for two nights – Friday, Dec. 18 and Saturday, Dec. 19. Each night will feature two sets […]

As a folk punk singer/songwriter, Markus A. D. is used to putting himself out there and pouring his heart out on stage – just not in gold underwear and little else. In last year’s production of “The Rocky Horror Show” at the Little Theatre of Wilkes-Barre, he crashed into the role of Eddie – the […] 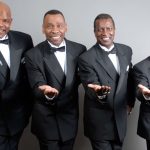