From a press release: The F.M. Kirby Center for the Performing Arts has announced five new “Live from the Chandelier Lobby” concerts and a special Chandelier Concert Deal – six concerts for $99, saving music fans $21 off the regular price. The previously announced Justin Townes Earle concert, with opener Gill Landry, is up first […]

Cabinet sold out the F.M. Kirby Center in Wilkes-Barre two nights in a row on Dec. 19-20, 2014, and for fans of the Scranton/Wilkes-Barre bluegrass band, it’s the Christmas present that keeps on giving, even two months later. The group has released official live albums from both nights, and each offers a different extensive setlist. […]

Hazleton hip-hop artist Nate Williams has been rapping since 2013 after “the loss of a close friend, and a promise to said friend,” prompted him to starting recording his material. Originally from Lake Ariel, Williams releases all his own music, recording his latest track, “God Bless the Dead,” at Royal Bloodlines Productions. It only took […]

Scranton goth rockers Motionless In White just premiered the music video of their fourth single from “Reincarnate,” their first No. 1 album that was released last year. “Break The Cycle” shows singer Chris Motionless going insane as evil visions appear in the mirror in front of him as the band performs the hook-laden, fast-paced song […]

On Friday, Feb. 13, lucky country music fans packed the F.M. Kirby Center for the Performing Arts in Wilkes-Barre for new country superstar Lee Brice, who is on tour supporting his latest album, “I Don’t Dance.” He may not dance, but the sold-out crowd certainly did as he played through hits like “Hard 2 Love,” […]

From a press release: Legendary former Guns N’ Roses guitarist Slash and his current band featuring Myles Kennedy and The Conspirators will kick off a U.S. tour on Saturday, April 25 in Orlando, Florida that stops at the Sherman Theater in Stroudsburg on Tuesday, May 5, as well as New York and New Jersey days […]

From a press release: Kid Rock broke all the rules when he last set out on tour, and now he’s back to break them all again. The “$20 Best Night Ever” tour set all sorts of attendance records, proving that the combination of top notch entertainment and affordable tickets are a win/win for everyone. Now […]

From a press release: Wilkes-Barre arts and entertainment collective Get Cryptic has announced another show exclusively through NEPA Scene – Brooklyn shoegaze band Lazyeyes will perform at The Other Side in Wilkes-Barre on Friday, April 24. Lazyeyes is a three-piece dream pop group formed in the summer of 2012. The band released a self-titled EP […] 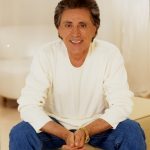 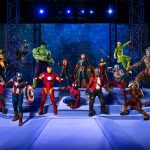