From a press release: It was announced today that Grammy-nominated ’80s rock band Great White will perform at Penn’s Peak in Jim Thorpe on Saturday, March 19, 2022 with fellow glam metal band BulletBoys. Doors at Penn’s Peak (325 Maury Rd., Jim Thorpe) open at 7 p.m., and the concert starts at 8 p.m. Tickets, […]

The new album from Don’t Panic may be called “Dark Horse,” but it’s a safe bet that this power pop/punk rock band from Stroudsburg will earn a lot of new fans as the summer comes to a close and fall begins. “I have always felt – and still feel – like I was on the […]

From a press release: Supporting their second album with new lead singer Jeff Gutt, alternative rock band Stone Temple Pilots are back on the road and will perform at Penn’s Peak in Jim Thorpe on Sunday, Nov. 7 with Nashville rockers Tyler Bryant & The Shakedown. Doors at Penn’s Peak (325 Maury Rd., Jim Thorpe) […] 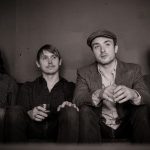 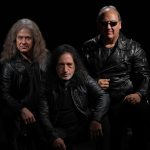