You Should Be Listening To

Advertisement
Added on 04/18/2016  Rich Howells  Scranton , You Should Be Listening To

YOU SHOULD BE LISTENING TO: Scranton alternative roots rock band Jung Bergo

Jung Bergo City: Scranton, Pennsylvania Genre(s): Alternative roots rock Years active: 2009-present Sounds like: Eccentric pop tunes with a musky yet familiar exterior. These are songs that make you feel like you’re visiting your grandparents’ house and smell like a dusty old photo album filled with photos from a time that never existed. For fans […] 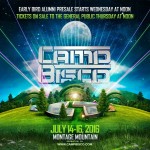