“The Rocky Horror Show” has many memorable characters, but everyone knows who’s in charge here. With all the confidence and sass of a drag queen, combined with the selfish evil of a supervillain, Dr. Frank N. Furter dominates the stage – among other things – and the audience is as spellbound by his power as […]

As a folk punk singer/songwriter, Markus A. D. is used to putting himself out there and pouring his heart out on stage – just not in gold underwear and little else. In last year’s production of “The Rocky Horror Show” at the Little Theatre of Wilkes-Barre, he crashed into the role of Eddie – the […]

It was a dark and stormy Wednesday night, not unlike the rainstorm that Brad and Janet endured as they stumbled upon a mysterious castle, setting the mood perfectly for a late-night “Rocky Horror Show” dress rehearsal at the Little Theatre of Wilkes-Barre. After about a month of meetings and practices, the show is in as […]

From a press release: Disney on Ice presents “Dare to Dream” is bringing Disney’s princess stories and most beloved fairytales to the ice in a sensational live production coming to your hometown. This ice spectacular featuring scenes from “Tangled,” “Snow White and the Seven Dwarfs,” “Cinderella,” and “The Princess and the Frog” visits Wilkes-Barre from […]

From a press release: Masters of Illusion, America’s largest touring magic show, will embark on its fifth season of their “Believe the Impossible” tour and appear at the Sands Bethlehem Event Center on Sunday, Feb. 21 at 7 p.m. Tickets, which are $25-$45, go on sale this Friday, Oct. 9 at 10 a.m. Tickets can […] 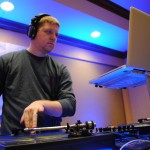