We’ve published many posts on the Scranton Fringe Festival over the last few weeks, but maybe you’re looking for even more details before you decide which of the over 40 productions you’ll see across 12 venues from Oct. 1-4. Local director and cinematographer Lindsay Barrasse of Voyager Video has you covered! She shot a series […]

From a press release: Dallas, Texas-based playwright/performer Brad McEntire will present his one-man comedy “Robert’s Eternal Goldfish” on Saturday, Oct. 3 at 6:30 p.m. and Sunday, Oct. 4 at 2 p.m. at Forage Space (310 N. Washington Ave., Scranton) as part of the first-ever Scranton Fringe Festival. Robert J. Roberts has a huge problem with […]

From a press release: Dating and finding the right partner to spend your life with isn’t easy, so sometimes you’re willing to try anything – even speed dating! In “Intimate Moments,” a new play that will premiere at the Scranton Fringe Festival on Oct. 2-4 at The Leonard Theater, Sean decides to take his chances […]

From a press release: The creative team behind the iTunes podcast Geste is bringing an exciting new experience to the Scranton Fringe Festival in October. “A Knock on the Door” is an improvised audio drama in which audience suggestions guide three actors and one sound effects artist to create a new play for each performance. […]

From a press release: Gaslight Theatre Company will present “Bunny, Bunny: Gilda Radner – A Sort of Romantic Comedy,” first as part of the Scranton Fringe Festival, which opens Saturday, Oct. 3 at the AfA Gallery in downtown Scranton, and will continue the following weekend on Friday, Oct. 9 at The Other Side in Wilkes-Barre. […]

Chippendales strippers ‘Break the Rules’ at the Sands Bethlehem Event Center on Feb. 20

From a press release: Ladies, it’s going to be a very happy new year as the Chippendales embark on their 2016 “Break the Rules Tour,” which stops for two shows at the Sands Bethlehem Event Center on Saturday, Feb. 20 at 6 p.m. and 10 p.m. The all-new production will turn up the heat on […]

Over the summer, Wilkes-Barre-based creative marketing company Coal Creative asked its interns to find out what there is to do in Northeastern Pennsylvania. When they, in turn, asked their friends for ideas, the common response was that, “There’s nothing to do in NEPA,” which is something local residents seem to say way too often. The […]

From a press release: The Broadway musical adaptation of the classic film “Saturday Night Fever” is staying alive and promises to shake up the F.M. Kirby Center for the Performing Arts in Wilkes-Barre on Saturday night, Jan. 23 at 8 p.m. Tickets, which are $38.50, $48.50, and $50.50, plus fees, are on sale now and […] 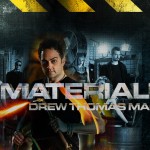