From a press release: Wilkes University Theatre says, “Long live the king!” with its latest production, Luigi Jannuzzi’s comedy “All the King’s Women,” running Sept. 25-28. Directed by Wilkes’ director of theatre Teresa Fallon, “All the King’s Women” explores the cultural impact of “The King of Rock ‘n’ Roll,” Elvis Presley, through the eyes of […] 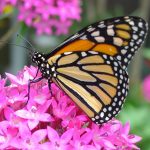