asey Thomas is greeting acting students as they come in the door of the Olde Brick Theatre in Scranton on Wednesday night for a preview of his latest production, but he stops short of shaking hands – they’re covered in spray paint from all the prop hands this play requires. As if this wasn’t evidence […] 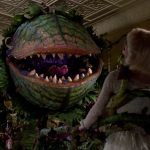