From a press release: Today, The Pinkfong Company and Round Room Live announced that “Baby Shark Live,” a fully immersive concert experience for kids, will continue to splash across North America this year. The hit show will tour select markets, including a visit to the F.M. Kirby Center in Wilkes-Barre on Thursday, May 19. “We’re […]

From a press release: Community theatre group Actors Circle will present the classic comedic drama “Steel Magnolias” at the Providence Playhouse in Scranton on Thursday, April 21 through Sunday, May 1. Written by presents Robert Harling, the action is set in Truvy’s beauty salon in Chinquapin, Louisiana, where all the ladies who are “anybody” come […]

From a press release: Community theatre group Actors Circle will present A. R. Gurney’s “The Dining Room” at the Providence Playhouse in Scranton on Thursday, March 10 through Sunday, March 20. Directed by Mark Fryer and produced by Jeff Ginsberg, this comedy of manners uses a cast of eight players – Cathy Rist Strauch, Scott […]

From a press release: Act Out Theatre Group will present the classic musical “The Wizard of Oz” on weekends from Friday, Feb. 25 through Sunday, March 6. A cast of 27 children and teens from Lackawanna and Luzerne Counties will help transport audience members from Dunmore to Kansas to Oz – and, of course, back […]

From a press release: The current cast members of the Emmy-nominated television show “Whose Line Is It Anyway?” will perform some hilarious improvised skits under the banner of “Whose Live Anyway?” in the Harry and Jeanette Weinberg Theatre at the Scranton Cultural Center at the Masonic Temple on Friday, April 29. “Whose Live Anyway?” is […]

From a press release: It was announced today that Theresa Caputo from TLC’s hit television show “Long Island Medium” will return to the F.M. Kirby Center in Wilkes-Barre on Friday, May 27. Caputo will share personal stories about her life and explain how her alleged gift works. She will “deliver healing messages to audience members […] 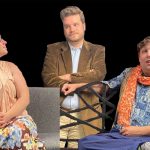 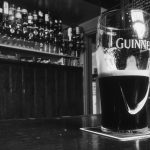 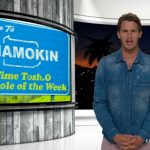