We all set goals. Well, to be honest, many of us do. I’m sure you and I can both name a handful of friends and colleagues who absolutely never set goals. When asked why, they probably offer this excuse: “What’s the use? I never achieve them anyway,” which is a sound argument, isn’t it? In […]

Independent musicians have to fight for every dollar, and CD Baby CEO Tracy Maddux knows this well. With growing reports of artists not getting paid by streaming platforms, it’s easy to think that they aren’t a realistic revenue stream for indies. When I caught up with Tracy at the Future of Music Policy Summit in […]

Regardless of whether I like admitting to it or not, I am no stranger to an anxious mind. Thoughts race, juxtapose, conflict, build up, and scatter all at a seemingly unceasing rate, and I am left feeling like an empty vessel fueled by what comes from the mind. This week’s Strength & Focus is a […]

Wow! The last few weeks have been a powerful and extremely productive experience. My colleague Larunce Pipkin flew in from Austin, Texas to hang out in Northeastern Pennsylvania for a few great events. We were both featured presenters at the NEPA Yoga Festival, which was hosted by Nearme Yoga and took place on Saturday, Sept. […]

“Are you nervous?” my friend asks. I just smile and tilt my head to one side. “Well,” I reply, “I’m probably not as nervous as I could be, but I’m about as nervous as I should be.” She laughs. “Fortunately, this isn’t my first rodeo,” I then tell her. Sometime later, I go over the […]

Last week, I lamented on Facebook that I was struggling with a topic to write about. It wasn’t a lack of inspiration; however, it was a lack of positive topics to discuss. There was too much negativity, too much anger and pain. Too much murder, too much death. Too much Donald Trump and Kim Davis. […] 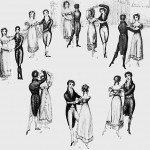 LIVING YOUR TRUTH: Learning to dance (and live) as a woman
STRENGTH & FOCUS: Give your health a makeover!