From a press release: Renowned multi-platinum drummer Kevin Miller, formerly of national rock bands Fuel and Tantric, launched a pop rock party band called Smashed last year, which is focused on performing some of the greatest songs of all time live with an all-star lineup of musicians. The Allentown native will bring his new project […]

From a press release: Live Nation kicked off National Concert Week today by revealing which shows would be included in its $20 all-in ticket offer in venues across the country. The closest concerts will be held at The Pavilion at Montage Mountain in Scranton, but it also includes many other venues within a few hours […]

From a press release: It was announced today that multi-platinum rock bands 311 and The Offspring are teaming up for the Never-Ending Summer Tour, a fun-filled summer amphitheater outing with special guests Gym Class Heroes. The tour will stop at The Great Allentown Fair, held at the Allentown Fairgrounds (302 N. 17th St., Allentown), on […]

Marywood University graduate and Hellertown resident Frank Winger, an accomplished young man known as much for his charisma, drive, business acumen, and compassion as he was for co-founding the annual College SnowJam at Montage Mountain in Scranton, unexpectedly passed away on Monday, Feb. 5. He was only 24. The tragic news comes just days before […]

From a press release: Five decades. 18,262 days. More than 2,500 shows. On his upcoming farewell world tour, Ozzy Osbourne – Rock & Roll Hall of Fame inductee and Grammy Award-winning singer and songwriter – will celebrate more than five decades as a performer, both as a solo artist and as the lead vocalist of […] 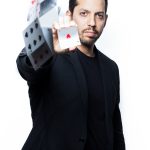 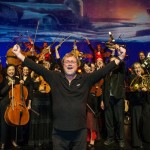