From a press release: Created by famed animation director Genndy Tartakovsky, the fully remastered Emmy-nominated premiere movie from the acclaimed first season of the Adult Swim series “Samurai Jack” will debut for the first time in remastered HD when “Samurai Jack: The Premiere Movie Event” arrives in select movie theaters nationwide for one night only […]

From a press release: Following successful big screen presentations of “Batman: The Killing Joke” and “Batman: Return of the Caped Crusaders” in 2016, Warner Bros. Studios, DC Entertainment, and Fathom Events will present a special one-night-only cinema event for the latest DC Universe Original Movie, “Batman and Harley Quinn,” on Monday, Aug. 14 in select […]

Last week, you saw the hilarious cooking show parody that comedian Ron Babcock shot to promote his debut comedy album, “This Guy,” on Austin, Texas indie label Sure Thing Records. The Scranton native who now lives and performs in Los Angeles also released a short cartoon of one of his stories featured on the album. […]

From a press release: Moviegoers are in for a hilariously debauched and satirical affair at the cinemas like they’ve never seen before. “Nerdland,” debuting in movie theaters nationwide on Tuesday, Dec. 6 at 8 p.m., follows two unknown showbiz buddies John (Paul Rudd) and Elliot (Patton Oswalt) who are determined to go from Hollywood nobodies […] 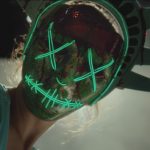 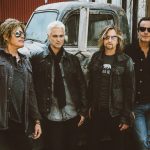