From a press release: Newly formed Northeastern Pennsylvania electronic group Spectre will release their debut album, “Jam the Transmission,” on March 18. The duo consists of local powerhouses Quoth and The Gary Goblins and was born in June of 2016 when the two had an impromptu jam session that spawned their debut album, a perfect […]

Brainstorming for this column inevitably leaves me with stories, thoughts, and epiphanies that aren’t substantial enough to stand on their own. Hence, this second of many Boxlot Posts in which I offer my miscellaneous conceptual tchotchkes in a virtual cardboard box… I often get asked, “What’s the coolest thing you’ve ever sold at auction?” This […]

BEHIND THE BLOCK: That time I was called a racist…

Once upon an auction, I was accused of being a racist. It happened before the sale when people were arriving and registering. I was approached by my cashier, who explained that there was a woman at the front desk who wanted to sign up for a bidding number but didn’t have the necessary identification, so […]

One of my favorite genres of merchandise to offer at auction is vintage advertising. Nothing better illustrates the zeitgeist of bygone eras than the ballyhoo used to captivate consumers. Unfortunately, too much vintage advertising gets condemned to landfills and scrapyards. Indeed, many who discover it in estates they’ve inherited disregard its market potential. Perhaps the […]

When I uncover Billy Beer in an estate, I find it as it is pictured above: unbroken, unopened, and unconsumed. I laugh and imagine a scene in which a fading man, lying in his deathbed and gripping his wife’s hand, hoarsely delivers his final instructions, among which include, “Remember, if you need more money, you […]

Brainstorming for this column inevitably leaves me with stories, thoughts, and epiphanies that aren’t substantial enough to stand on their own. Hence, this is the first of many Boxlot Posts in which I will offer my miscellaneous conceptual tchotchkes in a virtual cardboard box… Prostitution is the oldest profession in the world. Auctioneering is the […] 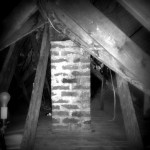