BEHIND THE BLOCK : ‘Do you sell stuff here or…?’

Carlo and I were working in the auction gallery when a curious woman entered. She approached my brother and said to him, “Do you sell stuff here or…?” My brother waited for her to finish her question, but nothing more was offered. Carlo nodded, “Well, yeah. That’s what we do here. We sell stuff at […]

BEHIND THE BLOCK: Inside information on the value of old books

Fast Eddie, a longtime client and friend, sent me an e-mail that will prove critically enlightening to my fellow auctioneers, antique/collectible dealers, and those who are either part of – or thinking about getting into – the online trading community. It reads as such: This morning I was at an estate sale when I overheard […]

I was alone in my gallery, prepping for an upcoming auction, when two women (I’ll call them Dense and Denser) walked in to have a look. They perused the inventory, making squealing quips and clucks. I gave them a few minutes to walk around before I greeted them and asked if I could be of […]

I’ve already discussed stealthy bidding techniques and overt ones. Then I took a stroll through that cerebral zoo of mine where I keep all of my absurdity. There I found silly bidding techniques, ones that I’ve never actually seen used, but that would be hilarious should they ever be employed by auction-goers. The Slasher Flick […]

I was watching an episode of “Band of Brothers” in which the brave soldiers of Easy Company were storming a town in Normandy. While they were scrambling for cover from Nazi machine gunfire, they ran past an upright piano that happened to be sitting in the middle of the street. No one was playing it, […]

If you Google “Savo Auctioneers,” you will discover a solitary one-star review that was written by an anonymous user more than three years ago. It reads as follows: what a joke is all i have to say about this place.they think this is some high end auction house when they have the same junk that […]

Pap was a stout man crowned by a wild mane of curls who took his coffee light and sweet. Sometime in his youth, a knife had severed the tendon in his left index finger, leaving it inflexible and unusable, except for giving directions and holding cigarettes. And Pap was always sporting a lit smoke. If […]

They are trinket-like creatures, disguising their true and hellish nature within cutesy forms, such as cowboy boots, classic cars, historical busts, vintage radios, antique guns, and fluffy animals. Their scents are overpowering, for within their bodies lies not blood, but an eau de cologne sprung from the very depths of Hades. They lurk in attics, […]

As the tagline of this column explains, there are precise methods, an elemental madness, and an intrinsic humanity inherent to the auction business. As an auctioneer, I am also exposed to a type of twisted absurdity. These three senryu exemplify this… Estate auctioneers: brokering the dead’s chattel to the not-yet-dead. Sorting old photos, I perused an entire life […] 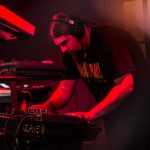