From a press release: The Greater Scranton Chamber of Commerce has announced the winners of the 2016 SAGE Awards, the Scranton Awards for Growth and Excellence that honor outstanding local businesses for their talent, creativity, and innovation. The winner of each award category was publicly announced at the Chamber Gala on Wednesday, Nov. 9 at […]

From a press release: The Greater Scranton Chamber of Commerce has announced the finalists for the 2016 SAGE Awards, the Scranton Awards for Growth and Excellence. The SAGE Awards honor outstanding local businesses for their talent, creativity, and innovation. The winners will be announced on Wednesday, Nov. 9 at the Chamber Gala, held at The […]

Playwright Stephen Karam, who called Scranton home for many years until he moved to Manhattan to pursue his dreams, was living those dreams last night as he accepted the Tony Award for “Best Play” for “The Humans.” The family drama he penned, which already earned the Obie Award for Playwriting, Drama Critics Circle Award, Outer […]

Readers of local newspapers Electric City and The Weekender have recognized NEPA Scene as the leading arts and entertainment blog in Northeastern Pennsylvania with two awards among a growing list of accolades over the last year and a half. In January, NEPA Scene founder and editor Rich Howells received the Best Local Blogger award at […]

As part of the Electric City Music Conference all weekend long, the annual Steamtown Music Awards were held once again at The V-Spot in Scranton on Thursday, Sept. 17, but this year’s ceremony grew significantly, with over 400+ attendees and many additional categories that were decided both online by fans and by a panel of […] 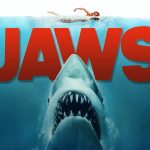