This week’s news that Governor Tom Wolf will allow Pennsylvania bars and restaurants to reopen at 50 percent capacity on Jan. 4 was welcomed after the latest shutdown led to another difficult month for the industry, but being able to welcome customers back inside again doesn’t mean their problems are over. The true impact of […]

From a press release: This holiday season will be particularly tough for many families, so the Backyard Ale House in downtown Scranton is offering a free Christmas breakfast on Friday, Dec. 25 from 9 a.m.-11 a.m. For 11 years, Backyard Chef James Bodnar has volunteered on Christmas morning at the University of Scranton, and it […] 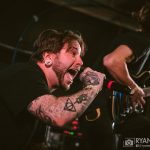