Here’s a flashback to how it all began – one man who disliked Instagram, said app, and a Galaxy S4. This is Joe, painting downtown Scranton. Scranton, PA. This is Julianna. She is pretty happy with her chalk drawings. Scranton, PA. 7/27/13 This is Jesse. He does not actually have a black eye in this […]

This is the South Side edition. This is Kumar. He sells me cigs and is much nicer than this photo makes him appear. Scranton, PA. 3/11/15 This is Donald. He is waiting for winter to end. Scranton, PA. 2/27/15 This is Ed. He is a musician who likes to tell people that he is so […]

My name is Jason Riedmiller. I am a photographer from Scranton. I take portraits of people I meet almost every day. Here are eight to start this off this weekly feature. This is R.J. He has been voted best bouncer in NEPA for eight years and counting. Scranton, PA. 7/29/14 This is Alex. He is […] 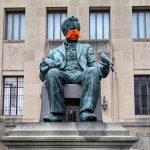