Record Store Day, coming up this Saturday, is typically the Gallery of Sound’s biggest day of the year, but last Saturday, April 14 may have already topped it. Lines of fans wrapped around the Wilkes-Barre store and across the parking lot, all eager to welcome Breaking Benjamin back to their hometown a day after their […]

As the real-life story of Northeastern Pennsylvania’s biggest band continues today with the release of their sixth studio album, “Ember,” so does the dark tale Breaking Benjamin began telling in the “Red Cold River” music video released in January from Emmy Award-winning director Kyle Cogan. Just after midnight, the video for the new song “Torn […]

STREAMING: ‘Save Yourself’ with new Breaking Benjamin single before album drops on April 13

In just one week, multi-platinum rock band Breaking Benjamin will release their long-awaited new album, “Ember.” Since January, they’ve been uploading singles and a music video to build up to Friday, April 13. Late last night, the Wilkes-Barre quintet debuted their fifth new song, “Save Yourself,” a good mix of their melodic side with the […]

One day after their anticipated new album hits record stores everywhere, multi-platinum rock band Breaking Benjamin will visit their hometown record store, the Gallery of Sound in Wilkes-Barre, to meet fans and sign autographs on Saturday, April 14 at 4 p.m. As with previous Gallery of Sound meet and greet events, it is free, but […]

With less than a month until their new album drops, multi-platinum rock band Breaking Benjamin has released another track from “Ember” that reveals where the title of the self-produced record comes from in its lyrics. Debuting on Spotify and digital music retailers early this morning, “Psycho” isn’t quite as hard as the Wilkes-Barre band’s first […]

From a press release: It was announced last week that Wilkes-Barre’s own Breaking Benjamin and Las Vegas metal band Five Finger Death Punch will return to The Pavilion at Montage Mountain in Scranton to perform together on Friday, Aug. 17 at 7 p.m. Today, further details about the show were revealed. Special guests opening the […]

Multi-platinum rock band Breaking Benjamin is less than two months away from releasing their next album, “Ember,” and the Wilkes-Barre group been putting out singles since January in anticipation of their sixth full-length through Hollywood Records. The third new song, “Blood,” was made public today, another heavy track from what the band has promised will […]

After releasing a cinematic music video for “Red Cold River” – the first single from their upcoming album – last week, Wilkes-Barre rock band Breaking Benjamin followed it up with the next single, “Feed the Wolf,” today. Streaming below, “Feed the Wolf” continues the heavier direction of “Red Cold River,” the first new music the […]

Wilkes-Barre rock band Breaking Benjamin showed their heavier side when they released their new single, “Red Cold River,” two weeks ago, and its accompanying music video they put out today is just as heavy emotionally. The video tells the story of a man searching for his lost daughter, so when he hits rock bottom, he […] 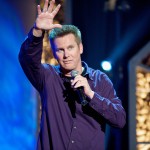